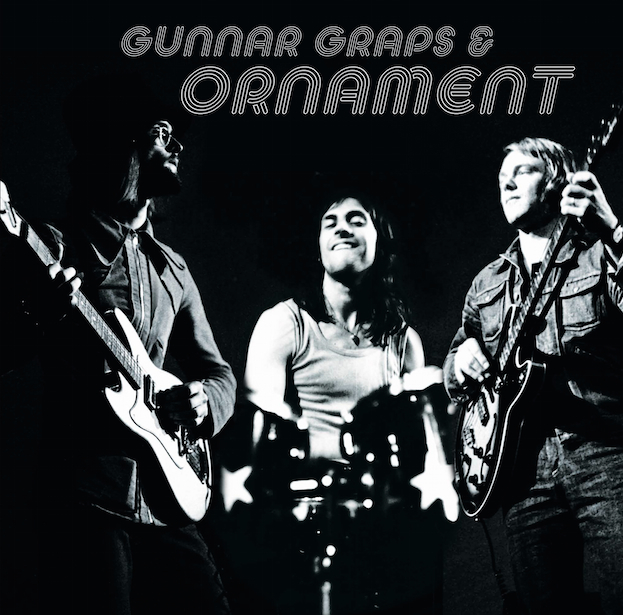 Gunnar Graps – a drummer-vocalist and songwriter – was one of the biggest legends of rock music during the Soviet era. In September this year, we will see the release of his music recorded with his first rock band – Ornament.
Ornament was one of the very first rock groups to appear in the Soviet Union (much like Led Zeppelin was first of its kind in the Western world), performing only original music written mainly by the frontman Gunnar Graps himself. Other members of the band included Andres Põldroo – one of the best (and unique) guitarists of the U.S.S.R, and bassists Ilmar Soots (1973–1974) and Tõnu Tormis (1974–1975).
During their short, but exciting time playing together, they unfortunately did not get around to actually releasing any of their music on record. The Estonian record label Vaiguviiul has decided to remedy this and has dug up rare recordings, cleaned them up meticilously and is ready to send these tapes to be pressed into high quality vinyl as well as being burnt onto CD’s. Many unique, previously unseen phtographs from the time have been found and are included in the album’s layout.